There is a common belief that spiritual people are having “Blind Faith”. Before we actually look into this let us understand the three terms Faith, Superstition and Blind Faith.

1. Confidence or trust in a person or thing

2. Belief that is not based on proof

3. Belief in God or in the doctrines or teachings of religion

4. Belief in anything, as a code of ethics, standards of merit, etc.

5. A system of religious belief

6. The obligation of loyalty or fidelity to a person, promise, engagement, etc.

7. The observance of this obligation; fidelity to one’s promise, oath, allegiance, etc.

8. Christian Theology. The trust in God and in His promises as made through Christ and the Scriptures by which humans are justified or saved.

1. A belief or notion, not based on reason or knowledge, in or of the ominous significance of a particular thing, circumstance, occurrence, proceeding, or the like.

2. A system or collection of such beliefs.

3. A custom or act based on such a belief.

4. Irrational fear of what is unknown or mysterious, especially in connection with religion.

5. Any blindly accepted belief or notion.

As we can clearly see, there is a very thin line separating the three worlds – Faith, Superstition and Blind Faith.

However, there is a difference.

Faith is always and always grounded on good, sound and strong reason. It is synonymous to –

Therefore faith is an established confidence. 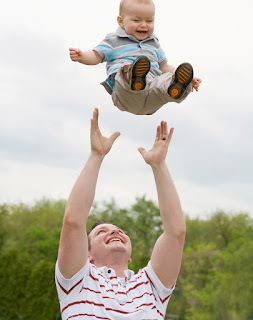 A child thrown into air by their parents smiles and laughs because he has faith in his parents that they will never let him fall. He has faith because he has confidence in them, trust in them. He doesn’t require any scientist to prove him with any mathematical calculation whether his faith is true or false. We have faith in our friends or life-partners because we say, we have known him / her for years: we have observed and mentally noted his / her principles of action, and have found them uniformly the same; he / she has always been just, true, benevolent and kind; for many years and under many tests we have observed his / her steady faithfulness to these principles, and so our confidence or faith has been so established that we never think of doubting him / her.

On the contrary, Blind Faith is a faith which we show on a person (or object or anything) without actually trying to understand or know him. It is mostly out of sentimental conclusions. Many times, mainly young couples say – “I have blind faith in him / her” and people go “aww that is so sweet”. This is dangerous and many times proves to be fatal. 99% of these couple suffers breakups and then they say – “never trust (have faith in) Boys / Girls”.  It is the Blind Faith which pulls down the image of Faith.

But superstition, unlike faith, has no substantial basis; nor is its conclusions reached by logical deductions. It is generally an outcome of Blind Faith.

Superstition is synonymous to –

Ironically we always tend to associate Blind Faith & Superstition to Religious Practices. However, if we take a closer look at our own life and around us, we shall find, each one of us (which includes the so-called rational, reasonable, modern and scientifically advanced class of human) are having Blind Faith.

When we wake up in the morning, look into the watch, we believe that the time shown by it is correct. Some of us fall prey to this belief and get fooled by a malfunctioned watch which had stopped functioning in the mid-of-night, assumes that it is still night and sleeps longer.

When we get off the bed, we switch off the fan. Without a second thought, we touch the switch. We do not verify if there is a possibility of electric shock.

When we go for brushing our teeth, we use the best toothpaste. We believe it to be the best, based on the faith acquired by the ads.

When we travel in a public transport – bus or train or tram or auto-rickshaw or airplane, how many of us go and actually verify if the driver or rider is drunk or in proper sense, if the driver at all knows how to drive, if the brakes are working.

We get to the saloon and surrender our neck to a person with sharp instruments which can be used as fatal weapons.

Many times in science – especially physics – we come across the term – “let us assume that”. What is this assumption??? It is faith, right?

Scientists say so many things, tend to prove so many things, do we cross verify? So many theories we have learned since school-days which tend to get obsolete eventually. Even then we show complete faith in their ever-evolving theories.

The list will continue if we really tend to think on.

So you see? Faith, Blind Faith & Superstition is part of our day-to-day life and not just spiritual people.

Therefore we should try to understand the subtle difference between the two casually used words – Faith and Blind Faith.

Faith has a basis. Coming to religious aspects – the words of Gods, the Scriptures (be it Vedas, Srimad Bhagavad Gita, Srimad Bhagavatam, Holy Bible, Holy Quran, Holy Torah ….) are not baseless. There are innumerable proofs that show the authenticity of Vedic Literatures – like predictions, astronomical science, medical science, mathematics, trigonometry everything that defines modern science is encapsulated in the Scriptures.

Acknowledging a Supreme Creator, Supreme Master and having Faith in his “proven” words is nothing to be ashamed of.

However, there is a very subtle line which separates the three worlds – Faith, Superstition and Blind Faith. In fact, the transition of shades is so gradual that it is at times very difficult to understand when a Faith gets transformed to Blind Faith or Superstition.

(1) He will continue to follow rituals for the sake of following, with no interest or motivation and hence gain no fruitful spiritual outcome.

(2) He will think, his Lord or religion is supreme and fight with others or even spread terror in the name of religion. Even if you show scriptural proofs to prove he is wrong or partially correct, he will disregard your proves or the scripture.

(4) He will lose faith completely and turn into an atheist – since he will not be able to enjoy the transcendental feeling of serving the divine.

So what is the Solution?

Having doubt or raising question is commendable; it is really what is expected out of a “thinking brain”.

Normally whenever we get a wrong association, who teaches us everything about wasting time, energy, money and life at large, we are keen, we are eager at shooting Question-to-Learn. So the predominating question is – How. Example – go to any graduate hostel you can see young boys & girls eagerly learning & preaching how to smoke, drink, how to party, how to hang-out, how to adapt uncivilized lifestyle like live-in relation, illicit relations, gambling in casinos, pub, disco.

However, when we get a good association, who tries to awaken us and show us the path beyond the evident, we tend to ask – Why. Example – Why should I think about God now, I am too young for that; Why, Why Why.

This is where we are getting stuck.

These questions will subconsciously open up the windows of our mind so that we become receptive and may reasonably understand the answers. After that, we are always free to accept or discard whatever answer has been offered to us.

Therefore we have a very bold statement (as mentioned in Bhagavad Gita As It Is, 3.3 Purport)–

“Religion without philosophy is sentiment, or sometimes fanaticism, while philosophy without religion is mental speculation”