Vrindavan and Barsana Have Just Been Declared Official Pilgrimage Sites: What Does It Really Mean? – ISKCON Kolkata
Wisdom Articles

Vrindavan and Barsana Have Just Been Declared Official Pilgrimage Sites: What Does It Really Mean?

The News Agency of the International Society for Krishna Consciousness

Vrindavan and Barsana Have Just Been Declared Official Pilgrimage Sites: What Does It Really Mean? 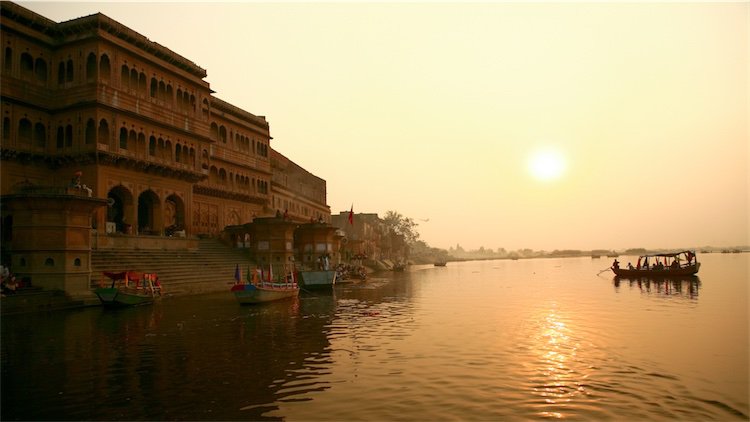 Restoring the old bathing ghats is Vrindavan is part of the plan.

Vrindavan, India: The government of Uttar Pradesh on Friday announced that Vrindavan and Barsana are now tirtha sthal – official pilgrimage sites. In a special meeting at the Vairagi Baba Ashram on Parikrama Marg, sants of Braj lauded the government’s move.

The announcement has been warmly welcomed by residents of the two towns, but it has also left many wondering what this really means for Vrindavan and Barsana.

While visiting nearby Agra on Thursday, UP Chief Minister Yogi Adityanath threw some light on his team’s possible motivations. Religious tourism seems to be the main factor behind the move.

“We want to develop tourism in such a way that visitors to Agra also come to Mathura,” said Adityanath, “and that pilgrims to Mathura will also go to Agra.”

Although Mathura and Vrindavan were merged earlier this year to form “Mathura-Vrindavan Nagar Nigam”, the culture of Mathura is significantly different than Vrindavan’s. Vrindavan has been a Vaishnava stronghold for centuries; meat, eggs and alcohol are strictly banned within the city limits. However Vrindavan’s “forbidden” items can be legally bought and sold in Mathura.

When the government merged the two towns, residents of Vrindavan were extremely concerned that one rule of law would govern the new conglomerate city – in other words, that meat, alcohol and so forth would slowly creep into Vrindavan, destroying the unique ethos that had been so carefully cultivated for centuries.

Now that Vrindavan has been declared a tirtha sthal, alcohol, meat and so forth are unequivocally banned. The two cities being one, techinically the sale of meat and alcohol should be banned in Mathura as well, athough this is unlikely to happen.

Unfortunately the government has been the main culprit in proliferating wine shops across the holy land of Braj. In the case of Barsana, this declaration by the Yogi government protects Radharani’s hometown from the type of degradation visible around village wine shops throughout the region.